Have you ever found out that you are skipping a crucial part of cleaning something? I am so good about cleaning out the dryer vent a couple of times a year. But, I was completely dropping the ball on cleaning the dryer lint trap. Sure, every time I moved a load of clothes over to the dryer I would wipe all the lint from it but it never occurred to me to actually wash and scrub it down.

When I wrote how to clean your dryer vent like a pro I had so many people mention to me that I didn’t clean the dryer lint trap. So I went back and cleaned it and I am amazed at what a difference it made!

Your dryer lint trap is made to trap most of the lint that you lose in a load of laundry. The mesh screen catches the lint but still allows the air to flow through the small mesh holes. The airflow helps the clothes dry faster and keeps your dryer from overheating. After time, the small holes in the mesh screen can get clogged with dirt and debris. If you use fabric softeners the holes can clog even faster. By cleaning the lint trap you can keep your dryer running smooth. So how to clean the dryer lint trap? It’s easy and only takes about 10 minutes.

Start by removing all the lint from the trap. Then check to see if water beads up on the trap or if it will run right through. If the water beads up it means that you have buildup and grime on your lint trap that should be removed. Just like the water can’t easily get through your dryer will have to work harder to get the air through. I couldn’t get water to go through my lint trap. 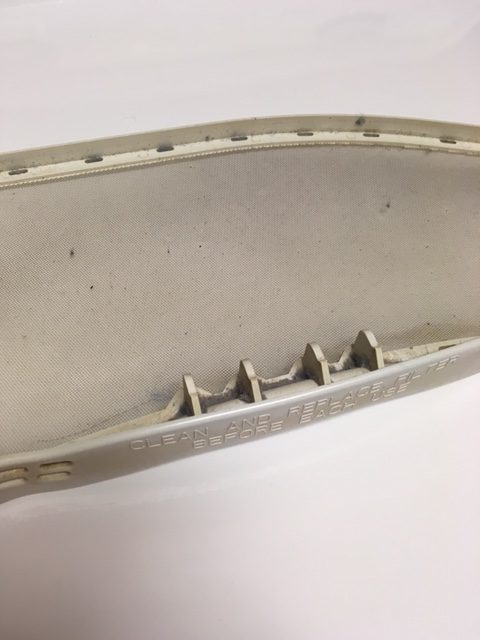 Put about 1/2 tablespoon of dish soap on your lint trap and use a toothbrush to scrub the trap. Once you have scrubbed the whole trap flip it over and do the other side. I was amazed at how much dirt and grime I was able to scrub off my lint trap in just a few minutes.

Once you have scrubbed both sides then you can wash all the soap off of the trap. The water easily ran through the lint trap now that it had been cleaned. After rinsing the trap you can wipe down the lint trap and put it back in your dryer. You should notice the dryer drying the clothes faster and not getting as hot. If you still have problems you may need to clean out your dryer vent. You can see how to here. 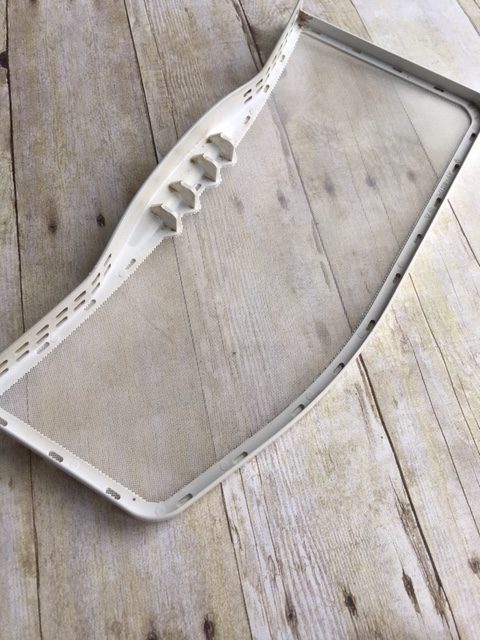 Shorter drying time equals less money spent on gas or electric which is always a win! Just spending 5-10 minutes once or twice a year can save you more money. Increase your dryer’s efficiency and get clothes to dry faster with this simple tip on how to clean the dryer lint trap. It can save you time and money!