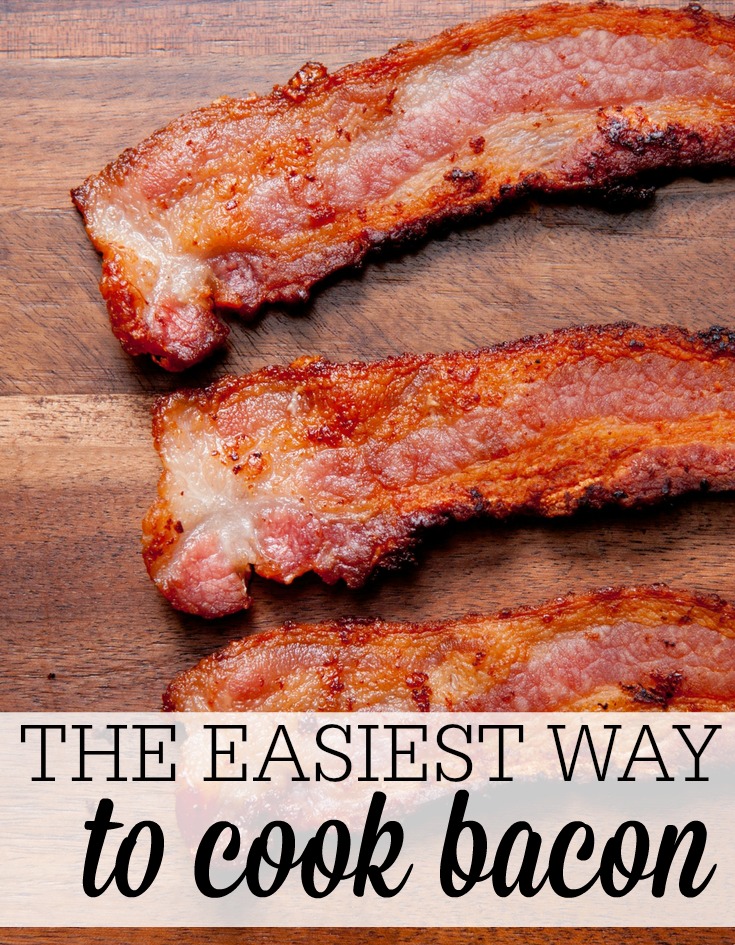 I love bacon and really who doesn’t? That crisp, yummy food is good on just about anything. It’s fantastic for breakfast or delicious on a salad. I think bacon makes just about anything better. But despite how much I love bacon I didn’t cook it very often for years. I found that it just took too much time and made a huge mess. I felt like each time I made bacon I needed to really scrub the cabinets and countertops to get rid of all of the grease.

So when a friend mentioned that they loved making bacon in the oven I had to try it. I was amazed at how much easier it was! Not only do I spend way less time making it, but it saves me a huge amount of time in cleanup too. I feel like the bacon is really crispier this way too. This really is the easiest way to cook bacon.

To make the bacon in the oven you will need a large pan with a lip on it to keep the bacon grease from spilling over. I love this one that I picked up on Amazon. Lay the bacon on the pan making sure the pieces aren’t touching.

Cook in the oven at 400 degrees for 10-15 minutes depending on how crispy you like your bacon. If you buy the extra thick bacon you may need to let it cook for a little bit longer.

When the bacon is done quickly remove it from the pan and let cool on a plate with paper towels to absorb any grease. Let the pan cool for about 20 minutes and then you can dispose of the grease before you wash the pan. 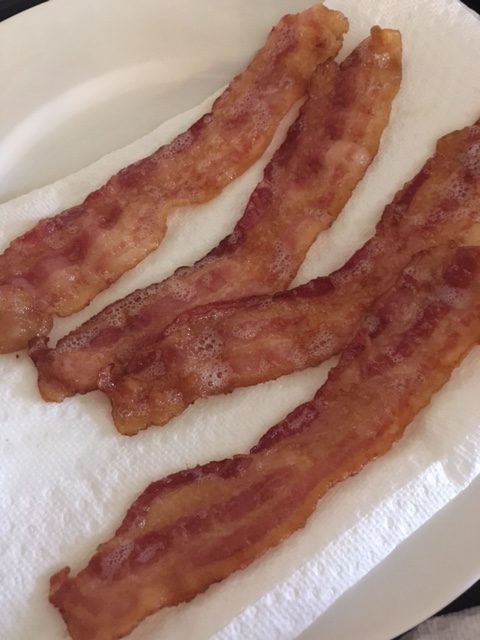 I have found that this way really cuts down on all the grease in the kitchen and cooks quicker than making up bacon on the stove. Plus, I can spend my time doing other things while the bacon is in the oven.