Inside: Love corn on the cob but don’t have the time to make it? Try this easy recipe on how to cook corn on the cob in a crock pot. It tastes great and doesn’t heat up the house.

Usually, when you think of the crockpot you think of warm winter meals like a pot roast. But you can use your crock pot in summer too. In fact, I love to use my crockpot during summer because I don’t have to be cooking over the stove or heating up the oven. It helps me keep cool all summer long. The crockpot is also great to have meals waiting on you when you come home at night. So many summer evenings we are busy and don’t get home until later. Having a meal ready is a great way to avoid carryout. 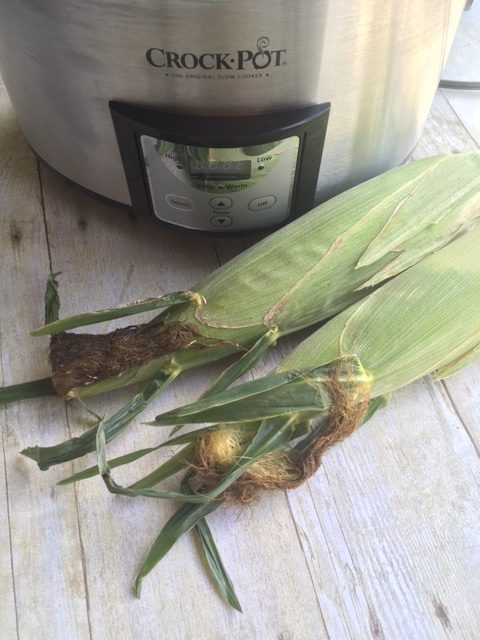 Shuck and clean your corn like you normally would. You may need to cut the ends off of the corn if you have a smaller crockpot like mine. Then, place your corn on the cob in the crockpot and fill with water. Add a pinch of salt to the water and turn your crockpot on high. I have this crock pot here and love it!

Let the corn on the cob cook for about 4-5 hours or until done. Remove the corn from the crockpot and serve. You get delicious corn on the cob every time without having to boil a bunch of water that will just heat up your kitchen.

Corn on the Cob In A Crock Pot

Corn on the Cob
Pinch of Salt
Water

Shuck and clean corn on the cob. Place it in the crockpot and fill with water. Add a pinch of salt to the water and cook on high for about 4-5 hours until corn is done. Remove corn from the crockpot and serve with butter. Enjoy!